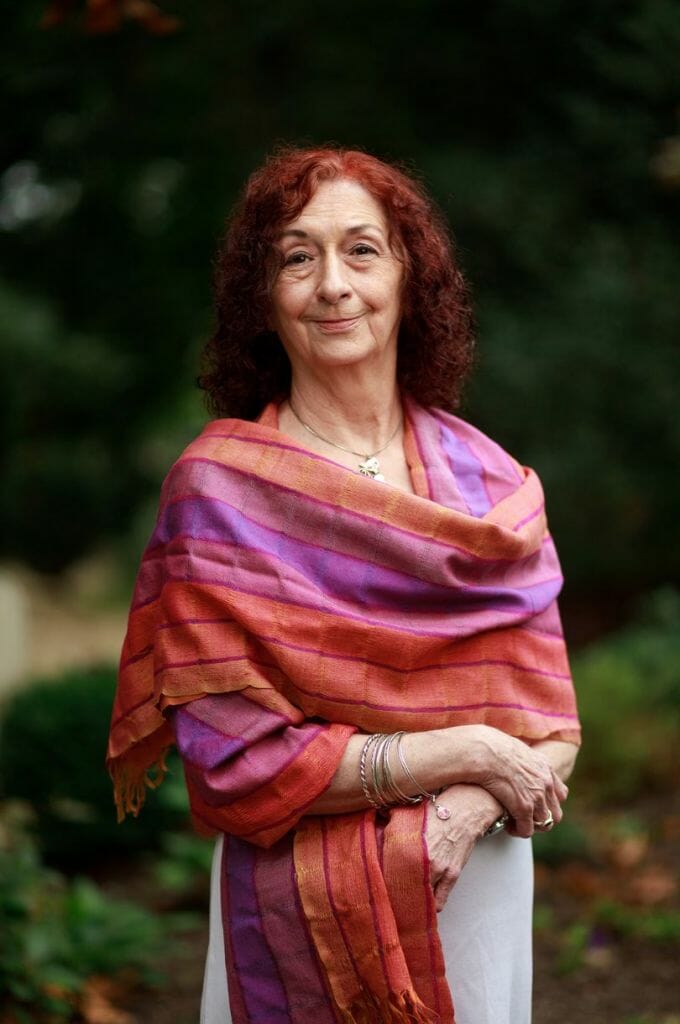 "Whether, it is someone famous, infamous or almost forgotten, when we look back, we are talking about  human beings--not cardboard cut-outs."

Katherine became interested in History at an early age, courtesy of a retired teacher from whom her family rented a vacation cottage in what is now Delaware Water Gap NRA. After a few years with the National Park Service, Katherine became the permanent staff member at Boxwood Hall State Historic Site in Elizabeth. Through the years, she has designed and presented programs both on and off site to every age group and designed & installed temporary exhibits at Boxwood Hall. During her tenure, Boxwood Hall has become a regular participant in programs sponsored by the City of Elizabeth & the County of Union. 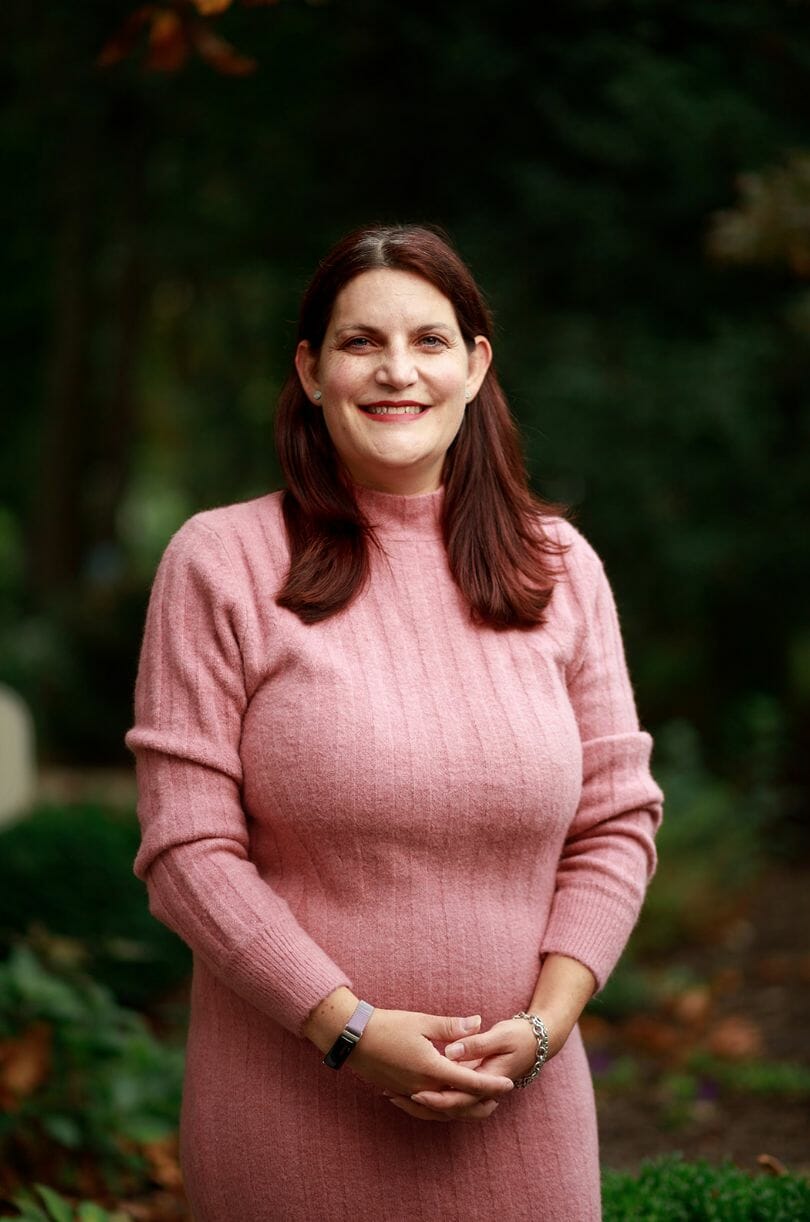 Rachael began her association with Liberty Hall as a part time museum educator. She proved her dedication to history and combined with an outgoing personality advanced to a highly specialized role as Coordinator of Museum Collections and Exhibits. Rachael had been at the museum since 2008 and when the previous Executive Director accepted an opportunity elsewhere the Board of Directors nominated Rachael as his successor. She has been successfully leading Liberty Hall and continuing to offer innovative, educational and exciting experiences for learners of all ages! 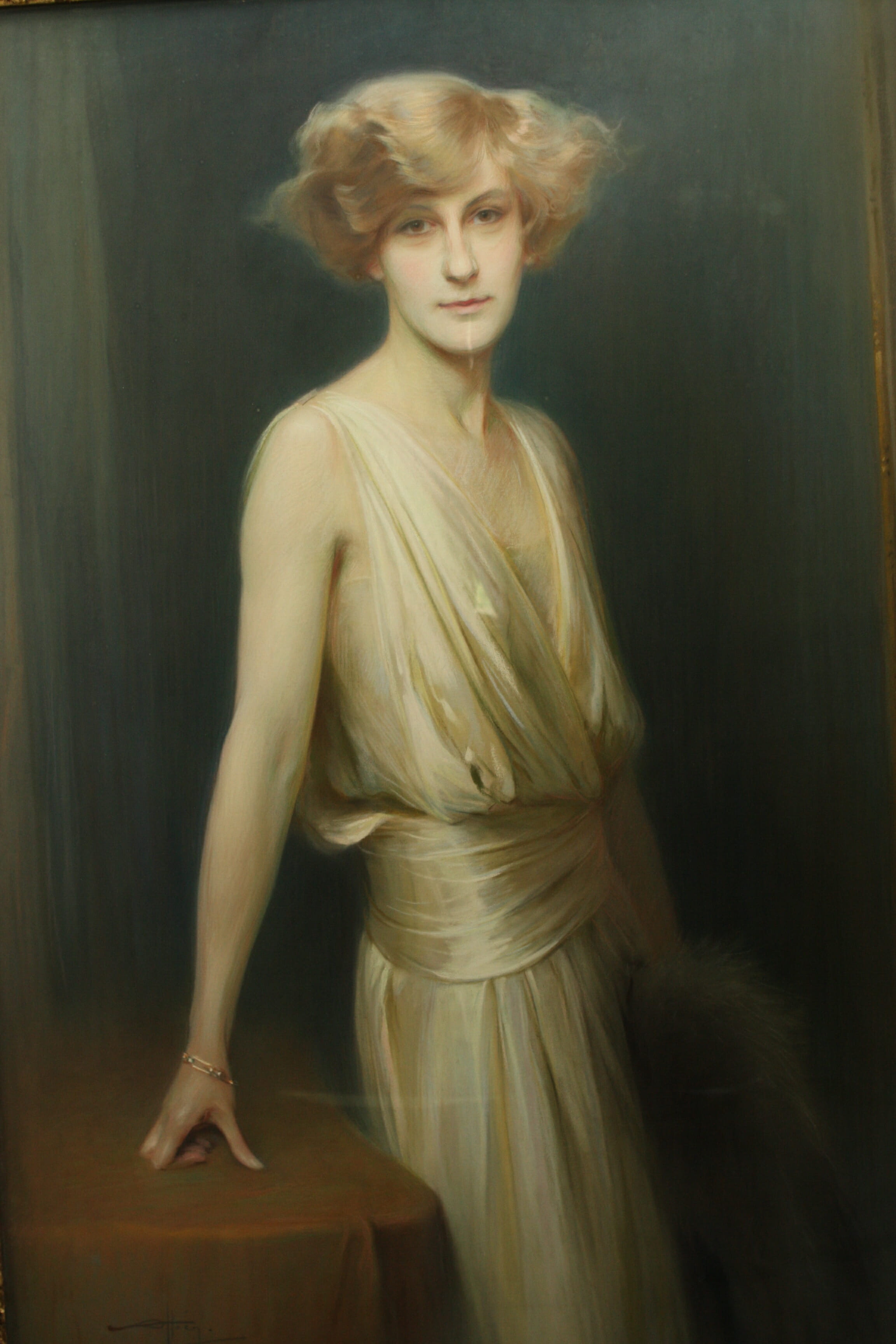 It was Mary Alice's vision and perseverance that made Liberty Hall, her family home, open to the public as a museum. Thanks to her force, hundreds of learners of all ages can enjoy and learn the story of three centuries of New Jersey and American History all in one place. 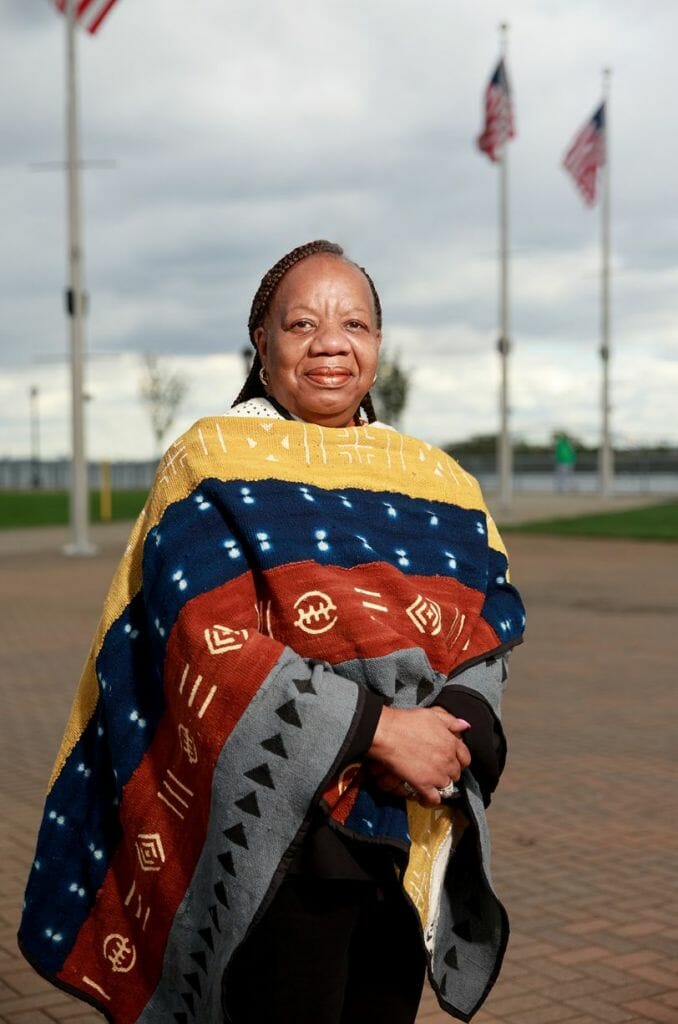 Kim is listed in Who’s Who among Americans, Who’s Who Among African
American Funeral Directors and Who’s Who Among Entrepreneurs.
One of Kim' s greatest honors was receiving The Presidential Pin from President
Barack Obama, which is one of the highest service awards given to citizens who
provide extraordinary service to others making our country a better place for all
Americans. Under Kim’s leadership, along with the late Congressman Donald M. Payne Sr., and Senator Raymond Lesniak the only Monument in the United States was erected at Rosehill Cemetery in Linden, NJ in memory of the 2010 earthquake
victims in Haiti.
Under the leadership of President Obama and Mr. Thabiti Boone, Kim is the
founder of the Union County New Jersey Fatherhood Initiative Foundation which
aims to promote responsible fatherhood and healthy relationships through
parenting education and skill-building.
A strong believer in Jesus Christ, she is a member of the Shiloh Baptist Church in
Elizabeth, NJ. One of Kim’s greatest and proudest honors was to campaign as a
delegate for President Barack Obama.  On September 20, 2011, Kim along with her
daughter Leah, was invited to have lunch with First Lady Michelle Obama, Valeria
Jarrett, President Obama’s Sr. Advisor, Congresswoman Debbie Wasserman
Schultz (DNC Chairperson), Gayle King Editor at Large for the Oprah Winfred
Magazine, Gloria Steinem, Feminist Activist and Planned Parenthood CEO, Cecile
Richards.  This luncheon was for Woman for Obama. Kim has been invited to the
White House by President Obama and First Lady Michelle Obama.
She looks forward in continuing her fight for equality and justice for all people.
Kim takes great Honor in receiving this outstanding award. 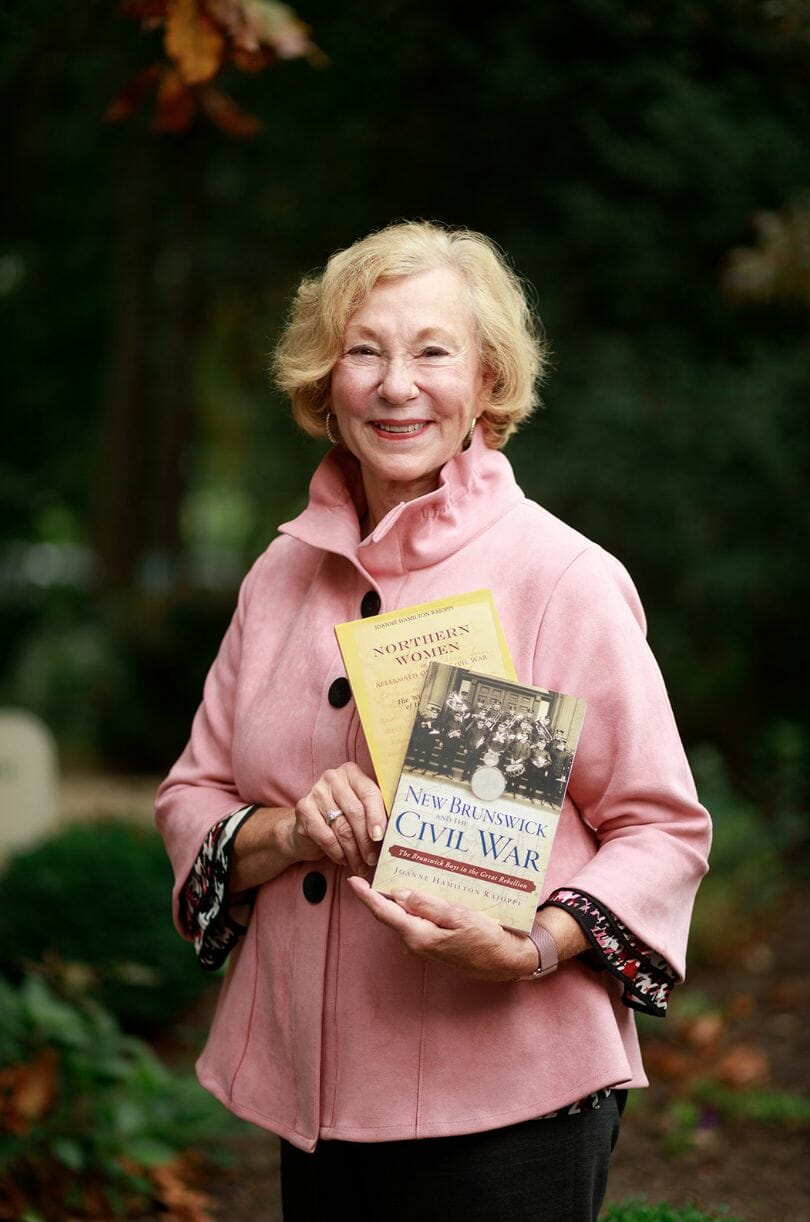 A longtime elected county official, Joanne is a noted historian and author. She serves as President of the Union County Historical Society, has authored three books, two of which are historical non- fiction works on the Civil War and its aftermath. She chaired the 150th anniversary centennial of the Union County Courthouse and the Civil War Sesquicentennial Exhibit. A member of the
Daughters of the American Revolution, she is a contributor to Meet Your Revolutionary Neighbors Crossroads of the American Revolution. Knowing the past, she believes, helps us to navigate the present.

Rajoppi introduced extended hours including evenings and Saturdays at her Westfield Passport Office. Her office has been cited by the National Passport Processing Center for outstanding efforts in processing Passport Applications.

Another outreach program she initiated is an Annual Election Calendar, available to residents and town agencies free of charge, which provides important election dates and information to voters. The calendar has proved so popular other counties have modeled editions after it. An instructional video, available on the Clerk’s website, on how to vote by mail was produced by the Clerk to assist voters with the ballot form; she also instituted Saturday hours for voters to access Mail-In Ballots prior to each election and designed a comprehensive user-friendly election services website along with a property website. The Clerk also conducts outreach by participating and speaking at area expositions, fairs, colleges, club and service organizations, with special attention to youth and seniors.

A major accomplishment Rajoppi is proud of is her whistle blowing campaign against the voting machine company Union County and most other New Jersey counties used. Rajoppi discovered serious discrepancies in the results from the Presidential Primary Election and June Primary of 2008 and immediately alerted other County Clerks, the NJ Department of State which oversees elections as well as the voting machine company. She called for an independent analysis of the machines by nationally-recognized computer experts at Princeton University, which was eventually ordered by the Court.

Although threatened with legal action by the voting machine company, she persisted to alert the public to the problem. A State Court case and eventual court-mandated changes in the process now make the voting system more secure for voters. The New York Times cited her efforts and state leadership in an editorial.

Other areas of innovation include the computerization of indices of all document records dating from 1977. In addition, images of most of these documents are available 24/7 on the Clerk’s Public Land Records website.

The Clerk has also worked to redact personal information used in identity theft from public records accessible to the public in order to protect homeowners.

Rajoppi’s office also assists with Notary Public applications. She designed an instructional manual to assist and inform new Notaries of their duties and responsibility. She formatted a booklet for all new business holders that provides important and helpful information on running a business in Union County. She also inaugurated a courtesy Veterans Document Card to assist veterans in obtaining some other services they are entitled to. The County Clerk’s Office is one of the few government agencies which generate revenue from mandated recording fees. In 2020, the office total revenues reached $49 million which, in turn was used partially to offset the County Tax rate with the balance reverting to the State’s General Fund. 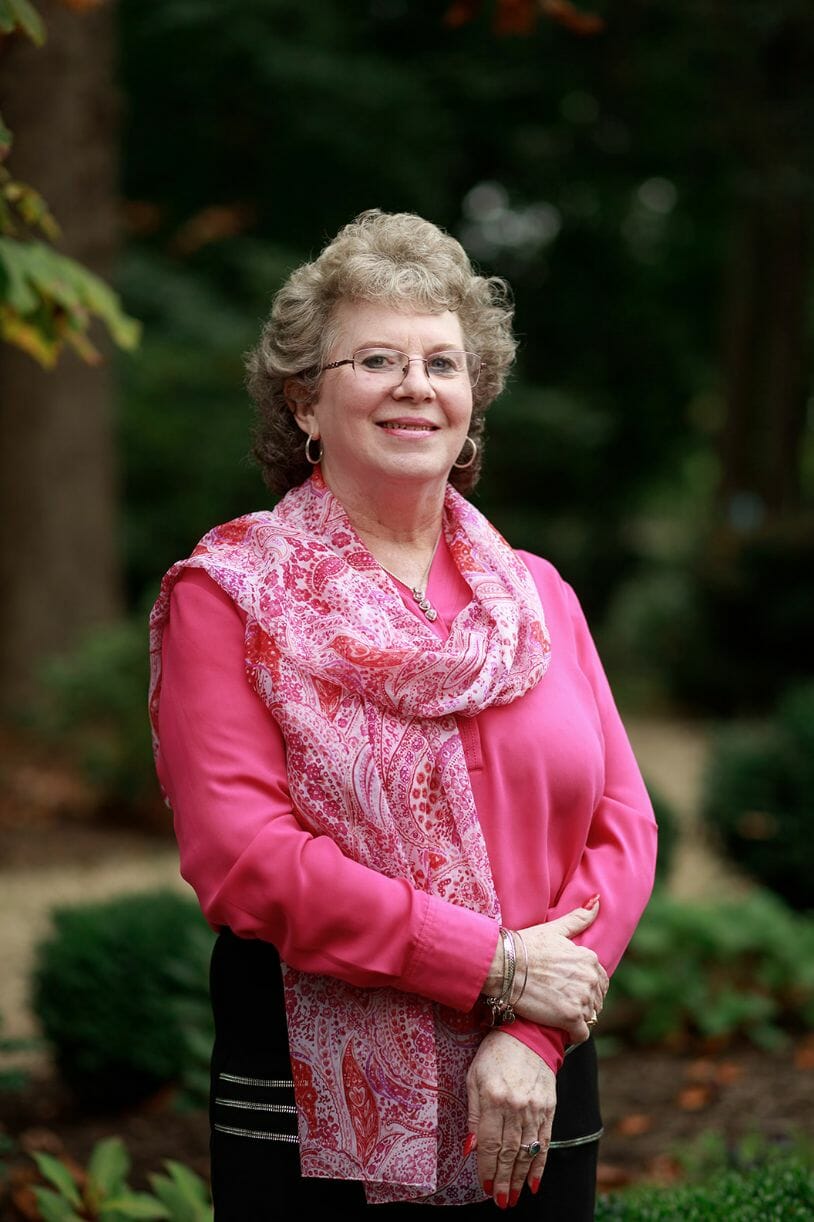 "Earth without Art is just Eh."

Phyllis Reich is the Project Coordinator of Redevelopment for the City of Elizabeth. She has her B.S in Management Science and Marketing. Starting in the Public Sector at City Hall of Elizabeth in 2003. Works in the Department of Planning & Community Development: Project Manager Redevelopment for various Economic projects within the city. Established sites and locations for wayfinding signs throughout. Liaison with various state agencies for Phase I of the Elizabeth River Trail. Liaison Sustainable Jersey and brownfield projects. Current member of the Council for Airport Opportunity (CAO). Represents the City on the NJDEP Environmental Justice Advisory Council and is on the Economic Development Arts Council. NY-NJ, & a Harbor Estuary Program-City  Representative.