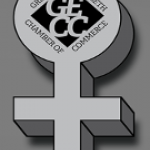 I began my career with the Elizabeth Police Department in 1988 as a 911 Operator. In 2000 I became a Police Officer and worked in the Patrol Division until 2009 when I became a D.A.R.E. Officer. In 2012 I was promoted to the rank of Detective where I currently still am. My responsibilities as detective include investigating crimes against property, I am also the ABC Detective for the city. My career has allowed me to meet people from all walks of life and assist many people. If I was given the chance to re do my life, I would choose this career all over again.

Katherine has been with the department for over 15 years and has acted in a supervisory position many times and has saved hundreds of lives.

First African American Woman hired in the City of Elizabeth on 1/8/18 finishing 94th of nearly 500 applicants. Sheena is a 38-year old married mother of 3 as well as a surgical technician for the past 14years.

Alyson is an asset to the Elizabeth Fire Dept and EMS Division and is always willing to give her assistance to those in need & is professional in her duties.

Lauren has worked in the EMS Division of the Elizabeth Fire Department for nearly 20 years and has been an asset to the department.

Andrea has worked in the EMS Division of the Elizabeth Fire Department for over 13 years and has acted in a professional manner saving lives throughout the city.